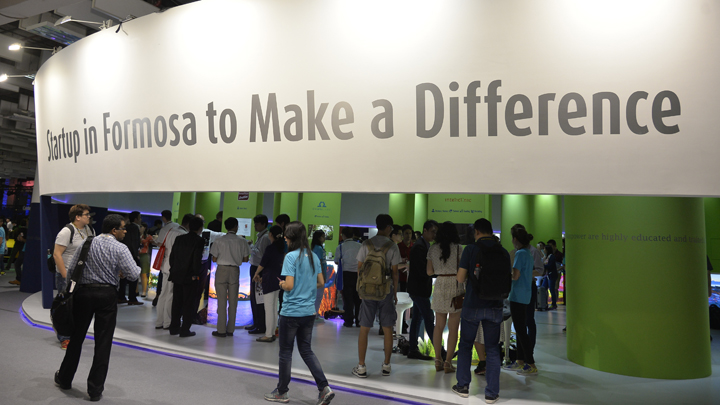 “Over 36 years, COMPUTEX has expanded and evolved with the ICT industry, and shifted its position to reflect the trends that we, our advisors, analysts, and other thought leaders are seeing,” said TAITRA Executive Vice President Walter Yeh. “This year, COMPUTEX’s positioning was “building partnerships in Internet computing ecosystems,” and its four main themes were IoT applications, innovative startups, business solutions, and gaming. The positioning and the themes reflect global ICT trends and were prominent at COMPUTEX this year.”

The following trends observed at COMPUTEX reflected those of the ICT industry worldwide:

· Internet of Things (IoT): Smart cars, home appliances, wearables, and factory machines that can gather data, make decisions, collaborate, provide data for analysis, sense and inform if something is amiss or needs fixing or replacing were prominent at COMPUTEX, at its new SmarTEX exhibit dedicated to IoT. Gartner, Inc. says IoT should be a $2.9 billion market this year as 5.5 million devices are connected every day, leading to 6.4 billion “things” being connected by year’s end. The IoT was one of four main themes at COMPUTEX.

· Virtual reality and augmented reality: Microsoft invited hardware partners to create virtual and mixed (augmented) reality devices with Windows Holographic, the platform that powers Microsoft HoloLens, the headset that lets users view and interact with 3D images. Exhibitors such as AMD, Cooler Master, HTC, MSI, and Zotac displayed products such as graphics processing units (GPUs), full-body VR simulations, and VR backpacks. IDC research indicates that shipments of virtual reality devices worldwide are expected to increase by up to 24 times in 2016.

· Gaming hardware advances: More than 30 leading manufacturers of gaming hardware displayed their latest products, such as PCs, laptops, monitors, motherboards, cooling systems, and cases. Also, COMPUTEX was one of seven locations worldwide for the first time at HWBOT’s World Series 2016 overclocking competition. Gaming, eSports and mobile research firm Newzoo forecasts that the worldwide gaming market will grow from $91.5 billion USD in 2015 to $113.3 billion by 2018 and the global eSports market from $325 million USD in 2015 to $1.1 billion by 2019. The market value of gaming currently surpasses that of films and music combined. In response to this explosive worldwide growth, TAITRA designated gaming as one of the show’s four main themes.

· Industry 4.0: Smart robots and other IoT machines that can self provision, discover other devices, collaborate and share data were on display from companies such as ABB Robotics, which participated in COMPUTEX for the first time, and discussed in keynotes such as presented by Steven Wyatt, group vice president of ABB Robotics and Erdal Elver, president & CEO of Siemens Ltd. Taiwan. “The switch from high volume, low mix manufacturing to low volume, high mix is the ‘new normal’ in consumer electronics,” said Steven Wyatt. “Manufacturers need agile and flexible automation systems that can keep up with increasingly diverse consumers and shorter and shorter product cycles. This takes people, robots and factories all working effectively together across an integrated ecosystem that ABB calls the Internet of Things, Services and People.”

· Startup innovation: Investment in tech startups, not just in funding, but also in mentorship, facilities, and networking relationships, has increased through the rise of startup accelerators. The COMPUTEX startup exhibit, InnoVEX, surpassed expectations, attracting 217 exhibiting startups from 22 countries for matchmaking with international VCs, angel investors, potential partners, and future customers in a single venue. The startup pitch competition had multiple winners, including a Bay Area and Taiwan-based company MoBagel, a real-time cloud analytics platform working with IoT companies. Innovative startups was one of the four main themes of COMPUTEX.

· Direct access to Asian markets: Taiwan has intellectual property protection and for many years the island, with an experienced tech talent pool, has been the world’s leader in all aspects of ICT manufacturing and rapid prototyping, which speeds time to market. Taiwan’s proximity to mainland China, Japan, Korea, and Southeast Asia also brings global supply chain and distribution opportunities. At the opening ceremony of COMPUTEX, Taiwan’s President Tsai Ing-wen remarked on the growth of IoT and Taiwan’s integration of hardware and software along with low volume high variety manufacturing capabilities. President Tsai also said that her government will develop an “Asia Silicon Valley“initiative to stimulate IoT growth and continue building a smart, digital country.

The COMPUTEX photo gallery is located under News on the COMPUTEX website. Archival footage of the CPX Conference at COMPUTEX is available as listed below: