BUILD 2016: The big developer round up 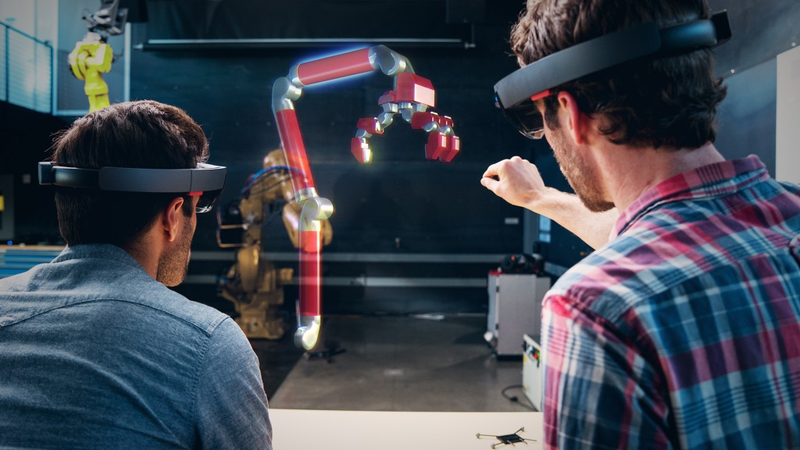 Microsoft opened its annual developer conference, BUILD, with a range of important announcements for the company’s future vision. In this article we’ll round-up some of the highlights, but Microsoft’s event itself was designed to round-up all developers, of any platform, and ensure Windows and Microsoft’s services are the “home” for their development. Hence, the double-entendre of a headline.

Perhaps the biggest announcement of the day was Microsoft’s partnership with Canonical to bring the Linux command line, Bash, to Windows 10. “This is not a VM. This is not cross-compiled tools. This is native,” Microsoft’s Kevin Gallo said on stage at the keynote.

Microsoft is focused on enabling more human engagement with devices through natural interactions.

The announcement of Bash support goes a long way to prove Microsoft’s stance on open-source development, and further announcements have been teased as “coming soon” by Windows VP Terry Myerson. A quick mention was made about Xamarin, and how the cross-platform tool acquired by Microsoft last month will help developers share their code across platforms like iOS and Android.

Legacy developers of Windows apps haven’t been forgotten by Microsoft, and the company has announced the launch of ‘Project Centennial’ to easily convert Win32 and .NET apps into UWP applications with full support of all the platform’s latest features such as live tiles, notifications, and Cortana. “Reach every Windows device. Once all functionality moves from the full-trust portion of your app and into the app container portion, your app will be able to reach every Windows device,” Microsoft says.

Speaking of devices, since Windows 8 the whole idea was for it to run anywhere. Microsoft’s latest game console, the Xbox One, is selling faster than any other generation of Xbox and it has been announced the console will be able to run UWP applications this summer. Better still, any existing Xbox One can be turned into a development kit through downloading the activation software.

Microsoft has performed some magic in ensuring the various input methods work across devices – whether touch, mouse, keyboard, controller, or even voice where appropriate. An on-stage demonstration showed a developer converting their Xbox One into a dev kit, deploying their app remotely using Visual Studio, controlling it with the Xbox controller, and even using voice input to write a grammatically-correct sentence within the app.

The announced features have little use without good SDKs behind them, and thankfully it seems Redmond has delivered from early-indications. Microsoft is focused on enabling more human engagement with devices through natural interactions like writing, voice, facial recognition, and fingerprints, which is represented in the following SDK updates:

Other major announcements were made, albeit not on the keynote stage due to a lack of time and sheer amount of content to get through. Some of the other significant announcements include:

Microsoft is pulling out all their cards to attract developers to Windows and their services, and we feel UWP has matured to a point where it’s become a very attractive proposition. It’s now easier than ever to bring applications to Windows, and filling its store’s gaps could be a lucrative move in the near future.

Previous Post
Take that, FBI: Apple goes all in on encryption
Next Post
What Is VoIP?
Popular Posts