A Step-By-Step Guide to Getting Better Tech Support 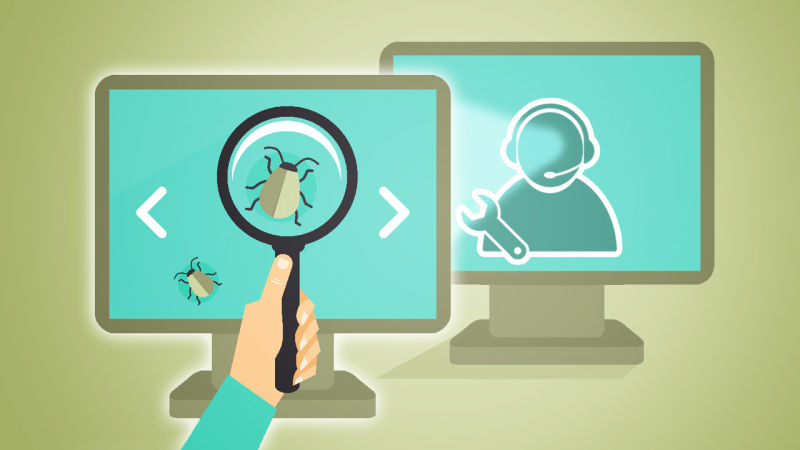 When you need help fixing your computer, the last thing you want is a communication problem. Before you call tech support or file a bug report, there are a few things you should do to make sure you get the best help possible.

The person on the other end of the tech support line has to deal with tons of people every day who don’t know much about computers. Some support lines even run off scripts they’re required to go through no matter who’s calling in. Either way, they’re going to suggest you try some simple things that fix most problems. You can make the phone call go a lot quicker (or skip it entirely) by doing a few simple things first:

These things won’t fix all of your problems all the time, but if you check these before you call someone, you can dramatically reduce the number of calls you have to make in the first place. More importantly, with the possible exception of turning off your torrents, tech support will probably ask you to do some or all of these things anyway. That frustrating phone call will go a lot smoother when you’ve got this out of the way first.

Step 2: Document the Problem in Detail

You’ve tried the usual solutions and the problem still exists. Whether it’s a problem with your machine or a bug in the software you need to report, the procedure to get it fixed is largely the same: document the issue. Wherever possible, make like your high school math homework and show your work.

Make Sure the Problem is Reproducible

If you can’t reproduce the problem, it’s going to be difficult for someone else to find out what’s wrong. Before you call or email someone for help, try to perform the task in question a few times in different ways to see what triggers the faulty behavior. If a problem happens in the same way, you can provide more details. There’s not always a way for you, as the user, to know which particular piece of information will help fix the problem, but the more specific, reliable, and reproducible details you can provide the better.

When communicating tech problems, words like “it”, “thing”, and “weird” aren’t very helpful. It’s also not very useful to say things like “It’s broken.” Sometimes you don’t know the right words to use. That’s why you’re looking for help after all. However, it’s always better to say “The Netflix player is frozen in the middle of the movie and is displaying the spinning wheel” rather than “It’s not playing.”

As an example, this is bad:

“My internet’s not working.”

This, however is helpful:

Show, Rather Than Tell, Whenever Possible

A picture is worth a thousand confusing tech buzzwords. If you can show someone what your computer is doing, including that visual along with your complaint can help considerably. There are few ways you can do this:

In general, you shouldn’t use a screenshot or a video as a replacement for properly explaining your bug, even if you elaborate on it in the video. However, they make good visual aids. If you’re sending in an email, make sure you describe the problem you’re having first, then add in images or video as necessary to give them an idea of what’s going on.

Step 3: Be Calm and Polite

Technically, this could be considered step “all the time”, but it’s worth mentioning. Filing a bug report with a developer that says “This %@^*ing sucks!” isn’t just rude. It’s likely to get your request ignored. Even if you’re dealing with tech support that’s paid to help you, the person you’re talking to deals with a lot of people who don’t know much about computers and are very angry when they don’t behave as expected.

Naturally, the reaction from people who fix things for a living is usually to write off the angriest complainers. In fact, it’s universally healthy to accept that you can’t please everyone. What that means for you, though, is that the angrier your complaint is, the harder it’s going to be for both of you. If you’re calling tech support that’s paid to help you, it could be a more frustrating phone call. If you’re filing a bug report with a developer, your complaint might get ignored entirely. It can be a whole lot more helpful to butter up the person you’re talking to rather than berate them.