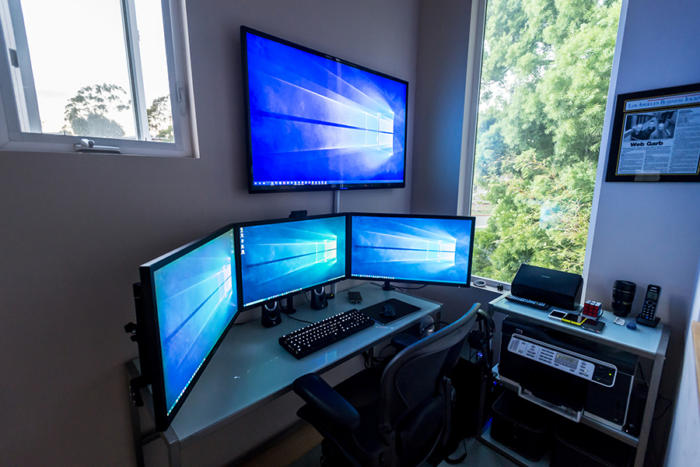 Microsoft this month reaffirmed that it will issue two Windows 10 upgrades this year, twice the number of 2016 but still shy of the firm’s original target.

In a presentation 11 days ago at a Microsoft technical conference held in Australia, Bill Karagounis, a director of program management, pointed to a follow-on upgrade that will appear sometime after the Creators Update, which is expected to finalize and ship next month.

A slide Karagounis showed during the session — which was webcast from Microsoft’s Channel 9 website — included another upgrade this year after Creators. It lacked a release date and a more descriptive name other than “Second Update in 2017.”

Not surprisingly, Karagounis said nothing specific about the second upgrade of the year, other than to point out “the two that we intend to ship in 2017” as he displayed the slide to his audience.

Microsoft first said it planned to release a pair of 2017 Windows 10 upgrades in August 2016, when it also confirmed that the upgrade dubbed “Anniversary Update” was the one and only for that year.

The company’s descriptions of Windows 10’s development and release tempo have changed several times in the two years since it began talking about the cadence. Prior to Windows 10’s July 2015 launch the company regularly cited a three-times-annually cadence — about every four months — to describe the frequency of the feature upgrades it would deliver. Yet by November 2015, it was implying a slower pace.

Three months after Windows 10’s debut, Microsoft issued the first feature upgrade, making for two in six months. But it reduced the rate to just one last year, claiming the reduction was “based on feedback from organizations moving to Windows 10.”

Karagounis spent time reviewing the current status of Windows 10’s development and deployment lifecycle. He revisited, for example, how long a feature update is in preview, aka the Insiders program; how long a specific upgrade is supported; and how many concurrent upgrade receive security patches.

Moving fast is a fundamental requirement in today’s business environment; flexibility and responsiveness are essential. New Zealand manufacturer Fisher & Paykel is leveraging new networking technologies to help it keep up…

“Part of staying current is also understanding the release timelines and the release cadence from us,” Karagounis said. “I wanted to talk a little bit about the release lifecycle. This has been a point of confusion [and] discussion.”

It is a mark of the complexity of Windows 10’s release plans, and Microsoft’s overarching “Windows-as-a-service” strategy — as well as the vast difference between it and its predecessors — that two years after first discussing how it would update and upgrade 10, Microsoft continues to explain the mechanics.

Also during the conference session, Karagounis touted Windows Upgrade Analytics, a service that began testing last year and will be open to all starting March 1.