3 Months with Figma: Why it Changes Design Forever 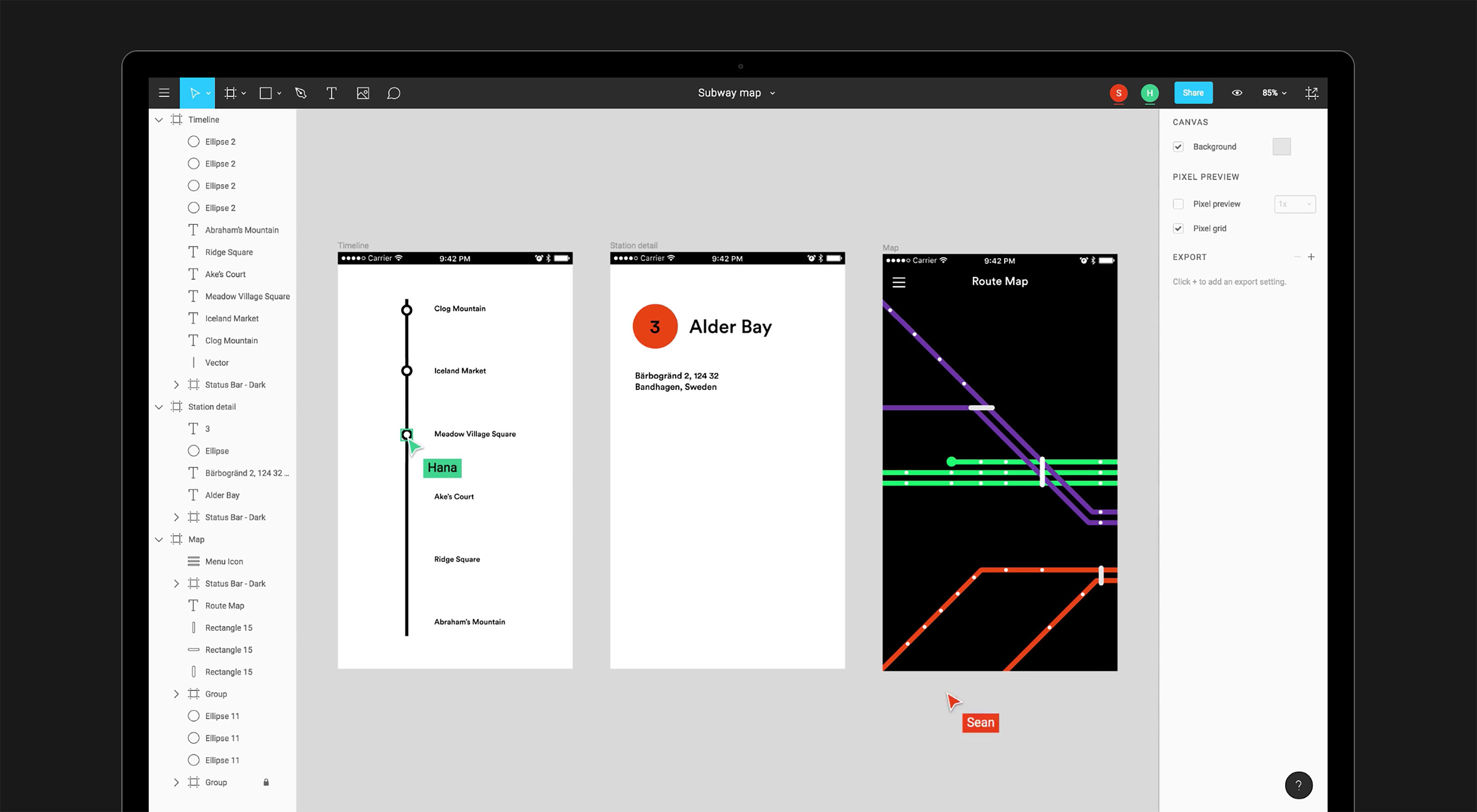 Like most designers, I started with Photoshop, using it for over half a decade. From there, Sketch burst onto the scene and did not take long to announce itself as the go-to tool for designers. For the last three months, I have been using Figma each and every day, integrating it into my workflow and exercising its features across a broad spectrum of projects. The results have been overwhelmingly positive and as such I have selected a number of key features of Figma which I found to be extremely useful and often innovative.

Sketch is a highly competent and all-around excellent piece of software. Adobe XD is another piece of software which I was just getting used to using. So when I first began testing Figma, I was somewhat reluctant and skeptical as to its place in what is now a very competitive market. In this article I’m going to discuss why Figma is now my primary tool for design, why I believe it changes how we design, and why I believe it will become the next industry-standard tool.

Figma is extremely accessible. It’s available on Mac, Windows, and through modern browsers (unlike Sketch which is confined to the Mac). This instantly makes it more inclusive, and allows for collaboration not just with other designers, but developers, copywriters, and more. It’s universal and as a result makes the design process something which is far more collaborative and complete.

Your files are accessible anywhere. No download, no syncing. You could be at a public computer, a colleagues computer, or even on a Chromebook, yet your designs remain accessible to view and edit.

The accessibility ties in closely with its key feature, collaboration. By intertwining the two, collaboration becomes something quite extraordinary. You could have a use case where a designer is working in real-time with other designers, developers and copywriters. The possibilities are unique and exciting. I think as more designers and teams explore using Figma as a primary tool, more and more interesting ways of implementing the technology into a workflow will become apparent.

Figma is very lightweight. You don’t even need to have the application installed. Simply open a browser tab and you are set. At the same time, you don’t need to install any fonts, plugins, color palettes, or resources. It’s all readily accessible at the click of a button. For me, the way it implements Google fonts is particularly useful when working on multiple machines—we all know how tricky it can be to keep and maintain fonts in sync across multiple devices, and the impossibility of doing so on a public, or colleague’s computer.

The version history is a key feature in combination with the collaboration technology. The last situation you want is to come back to your design and see somebody has made changes that cannot be easily undone or restored. Sketch also has this technology, but at the expense of masses of disk space. Many of us have experienced this issue, and seen first hand just how enormous the backups can become when working in large files each and every day. Figma stores all these backups in the cloud. First and foremost, that means they are safe if you lose your computer, or you encounter a technical issue. Secondly, it’s not going to fill your computer with version backups like Sketch.

The pen tool is something to behold. It’s so easy to use and puts other software to shame. It’s important to try it to appreciate its benefits, but it certainly makes it hard to go back to using Sketch or Adobe.

Constraints allow you to produce responsive designs with ease. By constraining elements, a simple resize of the frame allows you to visualise the design at multiple widths and heights—something where previously you had to produce multiple mockups and wait until the development phase to see just quite how it would work in reality.

Components do away with symbols (in Sketch), and a separate page to house them all in. They provide something far more intuitive and lightweight. Effectively, a component acts as the symbol, and then all copies of the component are called instances. One particular use case that I use time and time again, is to produce multiple color variations of the same design. Then, any changes I make to the original component are instantly reflected in the instances, while keeping color changes intact. Of course, the possibilities are endless and and there are so many ways to implement this feature into your designs.

The support in Figma is impeccable. From the documentation, to the live chat within the application, it has it all. The chat is particularly useful for asking questions and reporting any issues. The staff are responsive, helpful, and genuine, and this has certainly helped me cement Figma as my go-to design tool.

Figma still has its deficiencies—it’s not yet a perfect tool by any means. The Sketch import is often buggy and sometimes inaccurate. The lack of shared styles is one key aspect I miss from Sketch. That being said, it’s an extremely exciting tool. It’s rethinking every aspect of the design process from the ground up, and innovating in ways we haven’t seen since the inception of Sketch. The team are quick to push updates and as such it’s now at the point where I can comfortably remove Sketch from my dock, and move forward with a highly-capable and innovative tool for designing.