Searching for ground truth in IoT 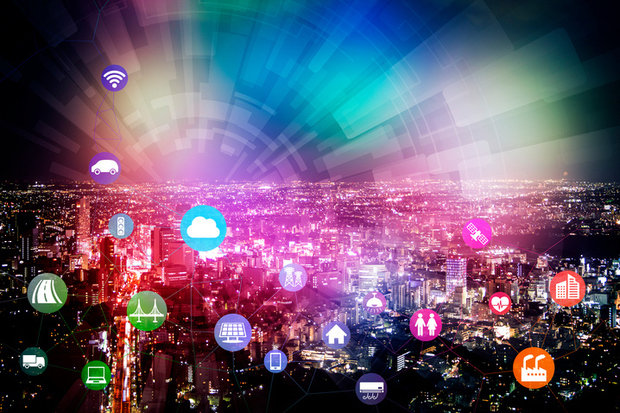 I’ve been reading and writing daily about the Internet of Things (IoT) for about a month, and I have not found ground truth. I’m not new to the field, but now focused on IoT I am trying to find a relative measure of the importance of IoT developments.

One of the definitions of ground truth in the Oxford Dictionary is:

“Information obtained by direct observation of a real system, as opposed to a model or simulation; a set of data that is considered to be accurate and reliable, and is used to calibrate a model, algorithm, procedure, etc.”

Calibrating the development of the IoT with ground truths that match the 20 billion to 50 billion forecasted devices requires a departure into the leap-of-faith lane. This is not pessimism, but a lack of published information that probably does not exist outside of research papers.

Consumer IoT, the smart home and perhaps the smart building are a bright place in the IoT darkness, with abundant sources of ground truth. The semi-smart things in our homes will become smart and interconnected using proven technologies around hubs that are managed with smartphones and personal assistants like the Amazon Alexa and Google Home. Most home devices can easily be plugged in or recharged. Bluetooth- and Wi-Fi-connected light bulbs that turn on and off and change hue, thermostats, and smoke and CO2 detectors are logical extensions of the use cases for these devices that consumers already understand.

Why not connect? Integrating an existing home device use case in the smart home has a small impact on the bill of material (BOM) that can be absorbed by the premium price awarded to IoT-connected devices. The IoT Nest Protect Smoke and Carbon Monoxide Alarm retails for about $120, and for comparison, the non-IoT Kidde Smoke and Carbon Monoxide Alarm retails for about $40. The addition to the BOM of a Wi-Fi or Bluetooth transceiver and a slightly beefier microcontroller with some program memory is neither hard nor expensive.

Almost every home has a Wi-Fi router that eliminates most reasons for running cables to interconnect the modern home, with perhaps the exception of CATV cables for entertainment and the connection from the street to the home router. Consumer manufacturers avoid prerequisite hard-wired connections. Consumers will wait for a product’s manufacturer to take advantage of pervasive Wi-Fi and Bluetooth, adding intelligence when they upgrade a device or appliance that they already understand and for Google, Amazon, Apple and Microsoft to interconnect them and make them IoT-useful.

There are a number of consumer applications that are questionable, though, such as adding smart light switches and power outlets throughout a home. Broad adoption of these devices will suffer the way Android Pay and Apple Pay suffer from lack of use because getting up to turn on a light or taking out a credit card to pay is not inconvenient.

Outside the home IoT, the search for ground truth grows darker

Sensors: Sensors are at the heart of IoT. Most sensor pricing adheres to semiconductor economics.  Prices drop sharply as volumes rise. GPS chips and humidity sensors are examples. When these were designed into smartphones, prices dropped more than an order of magnitude. But designers of wearable devices proved a lack of conviction, which probably will hold true for IoT designers. Wearable sensors have low accuracy. None accurately measures heart rate, not because it is not possible, but because wearable designers do not have the conviction to forward price their devices with expensive accurate heart rate sensors. If IoT designers want to get traction, they should choose unusual sensors with valuable use cases and price them into the BOM at one-tenth the cost at introduction.

If IoT designers want to get traction, they should choose unusual sensors with valuable use cases and price them into the BOM at one-tenth the cost at introduction.

Connectivity: Looking back over the last 50 years at factories and labs, IoT is not a new concept. One of my first jobs after leaving college with a degree in mathematics was working for Hewlett-Packard, walking GE and GTE’s manufacturing floors with plant managers looking for new computer automation applications. I saw many IoT systems that measured and controlled the production of light bulbs to plastics.

What is new is the concept of high volume and resolution in the tens of billions of units that will require new types of communications spanning long distances and high density that only telecoms can provide. But until the use case is clear and the telecoms can forecast a return on the billions of dollars they will have to invest in infrastructure, this advanced communication will remain in the telecoms’ test beds.

Power sources: High volume and resolution could double the energy consumed by all information and communications technologies in use today. And supplying power to remote devices for high sensor resolution is a challenge. Solar, ambient power generation and long-life batteries all operate at the pleasure of radio frequency and range. Long-distance transmission consumes a lot of power. Frequent battery changes to power billions of devices are not possible. Matching device performance, power and radio range to achieve high resolution is at this stage still a developing art form.

Long amortizations: Unlike consumer devices that have useful lives of a few years and rarely a decade, industrial and municipal equipment have useful lives measured in decades. These sectors will not enjoy the short time-cycle upgrades of consumer markets as an avenue to add IoT intelligence to the devices. The cost of retrofitting existing infrastructure will be an obstacle to many use cases.

Open shared data: The whole is greater than the sum of the parts. Developing mechanisms for sharing IoT data within and between industries and institutions could shorten the time for an ROI on IoT. If data scientist could add data collected by other organizations, they could gain insights not available with their organization’s data alone. Open data is at its very early stages.

These are open questions, not pessimism. Forbes’ Mike Krell wrote that there are too many IoT platforms in his 2017 IoT Outlook. It is the only point of disagreement with which I disagree in his outlook. There are too many IoT platforms because each is a research project seeking to prove feasibility rather than deployment. Research in new fields such as IoT leads to a hundred or more open questions that are resolved into a dozen open problems. IoT researchers and developers are still collecting the questions.

Previous Post
Key lessons from ‘Petya’ ransomware attack
Next Post
GDPR: Why it is time for the CIOs to be counted?
Popular Posts