Byte, the Follow-Up to Vine, Begins Sending Out Beta Invites 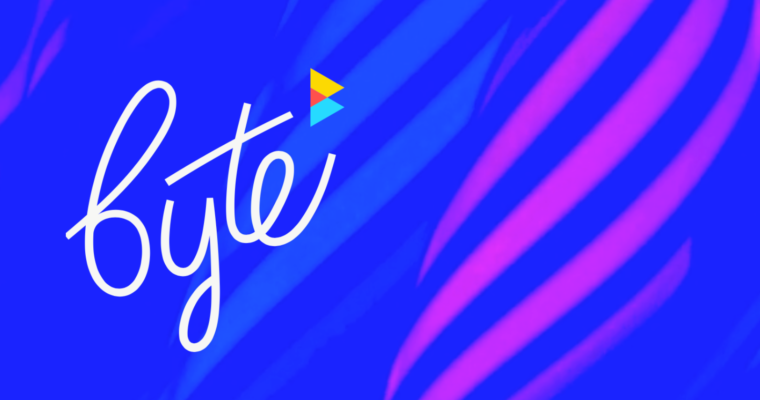 Byte, a reboot of Vine from the same creator, has sent out the first 100 invites to its closed beta.

The app is simply described as a “looping video app,” and is expected to function the way Vine used to.

According to creator Dom Hofmann, Byte is already on track to being the true Vine reboot users have been hoping for:

Vine has managed to maintain an avid fanbase since being shut town by Twitter over two years ago.

Fans of Vine have been getting their fix by watching compilation videos on YouTube. Soon they may be able to create all-new memories with Byte.

The launch of Byte will certainly benefit from its built-in audience of former Vine users. However, since Vine was shut down, a new king has claimed the short-form video throne.

See Anyone’s Analytics Account, in Real Time.
You can literally see real-time sales and conversion data for any website, and which campaigns drove that traffic. Start your free trial today.

I’m talking about TikTok, which was downloaded more times than Instagram last year.

TikTok is a looping video app which can include licensed music, so that lends itself to a lot of creative lip-syncing videos.

The momentum of TikTok cannot be understated, as it’s rapidly becoming the app of choice among Gen Z users.

Where Byte can differentiate itself is with its user base. If Byte can attract older age groups then there’s a real opportunity to compete.

While TikTok is filled with lip syncing and teenage shenanigans, Byte can be the video-sharing home for older users.

Although it will be a while before we get to the point of seeing those apps compete, as Hoffman plans to run multiple beta tests before releasing Byte publicly.