Why Qualcomm Will Be Big in Robotics, the Next IT Wave 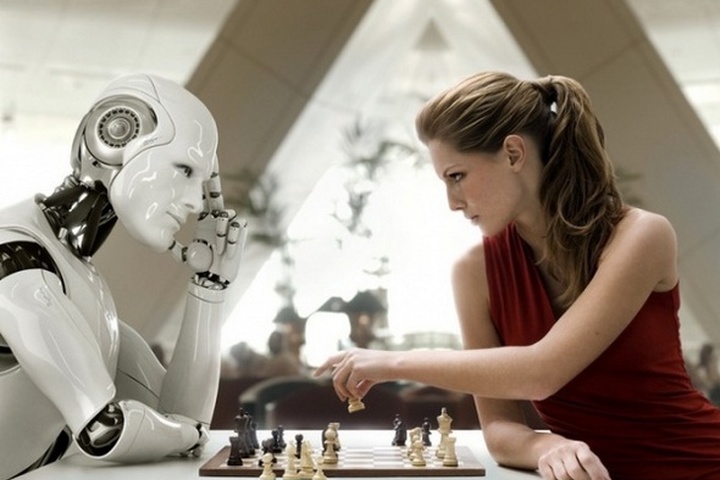 This week Qualcomm released its RB5 robotics platform, and what makes it unique is the 5G element, which changes the game for how future intelligent business and consumer automated products will evolve.

Even though we talk about the cloud a lot, we haven’t fundamentally shifted how we develop most products. Outside of digital assistants, the vast majority of smart products mostly live on the processing power in the device. Still, a connected device, in theory, could instead rely on the strength of cloud processing, and that could make the devices based on this new offering from Qualcomm infinitely more intelligent.

Robotics, the Next Big Technology Wave

Typically, technology waves tend to take out the dominant vendors that preceded the wave. IBM’s mainframe wave took out or marginalized the companies that made desktop adding machines, typewriters and accounting paraphernalia. Even though IBM helped start the PC wave in the early 1980s, it still almost took the company out along with the client/server wave that Sun Microsystems helped pioneer.

Once we moved to integrated products such as Microsoft Office, stand-alone companies such as Lotus found themselves without a market. Novell helped marginalize IBM, and then Microsoft marginalized Novell. Microsoft was able to outmaneuver Netscape, but then Google came up and eclipsed Microsoft in browser wars. The entire PC market was almost taken out by Apple, which had primarily flipped from PCs to consumer electronics; their predecessors on smartphones, RIM (Research in Motion, or BlackBerry), Nokia and Palm, were devastated by the iPhone wave.

Robotics is likely to be the next big technology wave, and it has already started with digital assistants. Right now, Amazon–not any PC vendor–dominates that emerging segment. I’ve been worried that this robotic move would eclipse the PC vendors, but it hasn’t yet. Right now on the OEM side, only Lenovo is dipping its toes in (with several digital assistants), but on the core technology side, NVIDIA (Jetson), Intel and now Qualcomm are pivoting to this opportunity.

Each component supplier is on a very different path, with Qualcomm heavily leveraging 5G connectivity in its offering; they are providing what could be a more forward-looking solution than the others.

No matter how you build it, a device that relies on the processing power that can be contained within it is going to be limited by the following:

But if you can use the cloud, the only limits have to do with bandwidth. And with 5G approaching optical fiber speeds, that limitation–particularly in a hybrid part like Qualcomm’s–has substantial processing but can also use the much more massive processing power of the cloud.

But this isn’t the only advantage of a connected strategy. Updates and patches can be automatically downloaded through the air. In addition, processing requirements can be provided remotely on demand. Finally, instead of having to replace the unit (granted, you’ll still likely be driven to replace it by aging sensor solutions), the device will more readily integrate with other intelligent devices into a solution.

For instance, you could have a robotic guard dog that could coordinate with in-place smart cameras to triangulate where a burglar might be gaining access; the cloud can provide coordination between devices, so that the burglar is rapidly caught and the threat mitigated.

Given that this is an emerging market with plenty of headroom, the different offerings from NVIDIA, Intel and Qualcomm should all see significant market growth until the market stabilizes and becomes limited by the replacement cycle for the devices.

Specs for the offering are broad and include SDKs for vision processing, localization, feature recognition, facial recognition, obstacle detection and neural processing. To complete the solution, Qualcomm is offering a purpose-built robotics development kit (I can see this migrating into classrooms). The options for this component include a sensor suite, a vision suite (with an Intel Realsense Camera), a motor control suite and a communications suite, making it one of the most complete offerings of its type in the market.

Qualcomm has an impressive robotics offering in its RB5 robotics platform. The technology, when applied to a full product, has the capability of redefining what an autonomous machine, either fixed or mobile, can do. The 5G connection contained within the offering assures some level of obsolescence protection and an improved ability to work in partnership with other smart products.

In the end, though, it is offerings like this that will help the technology market pivot to our robotic future–with at least a chance these firms won’t be eclipsed by the coming wave of robotic pure-play firms also coming to market.

Previous Post
How to Choose Hardware for Your Design Business
Next Post
WHICH INTERNET PROVIDERS ARE LIFTING DATA CAPS DURING THE CORONAVIRUS, AND WHICH AREN’T
Popular Posts